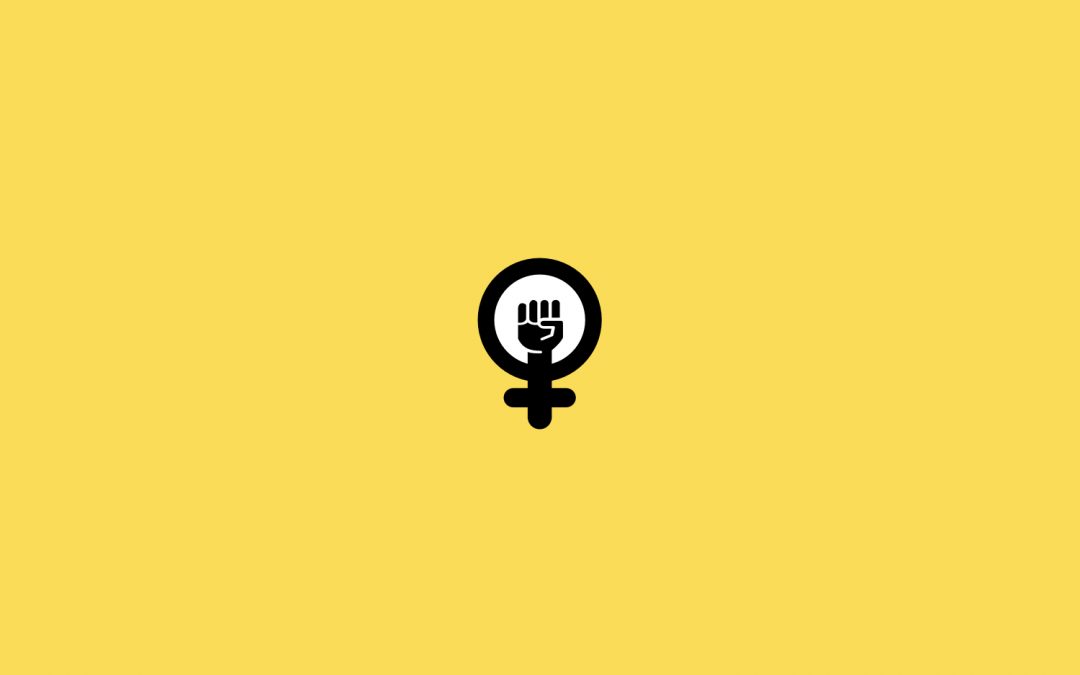 As a Nigerian citizen living abroad, as a Pan-Africanist, and as the leader of a company with remote workers based in Nigeria, I wish to lend my support and my voice to the #EndSARS cause.

#EndSARS is a powerful movement of passionate young Nigerians putting their lives on the line to demonstrate in civil disobedience for police reform, and overall government reform and accountability. It is not just a movement, but a moment in history. It is a moment that defines not only our intolerance for police brutality, but an intolerance for the cumulation of all the suffering that Nigerian people have experienced since independence in 1960.

It is a moment where even our elders, some of whom have felt disillusioned for decades, have found hope, and they encourage us to press on. It is a moment that we cannot afford to lose.

As someone who deeply loves Nigeria and Africa as a whole, though I currently sit in relative comfort across an ocean, I cannot sit this moment out. I have personally committed to a $1000 USD donation (converted to Bitcoin) to Feminist Coalition 2020, a group of brave young women leading the charge towards government accountability and human rights in Nigeria. I hope others in the diaspora and in Nigeria join me in giving what they can.

Your crypto donation not only supports the cause, but presents an opportunity for you to be introduced to Bitcoin, a revolutionary financial technology I believe all Nigerian Youth should understand. In the coming weeks and months, it may become a necessary means to preserve your savings in these tumultuous times.

This is a moment and a chance for Nigerian Youth to engage the desperate reality of what we face as a country, and what we all know has been a long time coming.

“Each generation must, out of relative obscurity, discover its mission, fulfill it, or betray it.” – Franz Fanon

This is not a new story. It’s history on repeat. We see videos and reports of Nigerians abused, robbed at gunpoint, raped, and tortured by the Nigerian Police’s Special Anti Robbery Squad (SARS). Here, we see systems operating in reverse. For decades a repressive colonial tradition, a culture of corruption passed down by decades of military rule, and the refusal by the Nigerian government to pay police officers a living wage, has created a situation where those sworn to protect have become the enemy of the citizenry, and a weapon of terror.

“Without patriotic political education, a soldier is only a potential criminal.” – Thomas Sankara

There is much hard work ahead for us as Nigerian Youth. I subscribe to the notion of Historian Onyeka Nubia, when he says, “If we are unwilling to go through the pain of our own choosing, then we will be forced to go through a pain that is not of our own choosing: pain as a victim.” Trayvon Martin, Tamir Rice, Eric Garner, Philando Castile, Botham Jean, Tatiana Jefferson, Ahmaud Arbery, Breonna Taylor, George Floyd, and Jacob Blake – only to name a few – represent the pain we collectively experience as victims. The pain of broken systems and twisted incentives continues to haunt us in Nigeria with the deaths of Jimosh Isiaq, Ayomide Taiwo, and Peter Ofurum among dozens more too long to list here. It’s time to put in the work and go through the pain of our own choosing.

Nigeria is a British creation, we all know this. We’ve heard all of the rationale for why we are where we are today. Nigeria is the so-called “Giant of Africa.” It is the largest and most successful economy in Africa with a GDP of about $397 billion (USD). It is the most populated country in Africa at a little over 206 million souls. One in four Africans is a Nigerian. In fact, one in six Black people on the planet is a Nigerian.

Our GDP might initially seem like an achievement, but in context, Israel, a country with a population of only 8.8 million souls, has a GDP of $390 billion (USD), effectively out-competing a country 25 times its population. Ghana, a tiny country in Africa, is 11 times the size of Israel as far as land mass. What Israel would give to be a country the size of Ghana! Nigeria is 4 times the size Ghana (no offense, we respect your Jollof), but what are we doing with our great potential?

One in every two Nigerians in the country’s labor force is either unemployed or underemployed. The COVID-19 Pandemic is set to create the worst recession in 40 years in Nigeria.

Nigerian soccer players leave Nigeria to play in European club leagues, some earning over £125K a week, while making club owners billions. They simply don’t have the same opportunities in Africa. Many of our youth, seeing no future, scramble across the Sahara in an effort to make it to Italy by way of Libya, 80% dying along the way, only to be tricked into slavery in Libya and held as ransom.

Today, Nigeria is a country in which poverty has become weaponized, and every election political vultures lie in wait to take advantage of the hungry and disillusioned. They buy votes from the desperate, in exchange for a bag of rice, or as little as ₦4000 (about $10 USD).

I worry that we have regressed to the point that even a well meaning politician could not win power without engaging in the destructive feedback loop that is vote-buying.

This could have been a good thing, but so far, the success of the elite has not translated into improved livelihoods for the average Nigerian. Wealth inequality is the worst it has ever been. We have a rampant culture of classist hypocrisy. We give jungle justice to the starving thief who steals a phone, but steal billions and we will call you “Baba” and seek your patronage and favors.

It is not a problem of government or “bad leadership” alone, as is the oft-repeated excuse. Our businessmen, our religious leaders, our educated elite – our role models – are all praised for their extravagant display of wealth, in a country that cannot even manage a few hours of unbroken electricity.

We are a deeply religious culture, with 48% of Nigerians identifying as Christian, the other 48% as Muslims, a near even split, yet our religious leaders have become synonymous with lavish lifestyles and private jets.

“No one can serve two masters. Either you will hate the one and love the other, or you will be devoted to the one and despise the other. You cannot serve both God and money.” – Matthew 6:24

Despite the warning, we have become a culture that worships money, and for reasons I do not have the time to elaborate here, with few exceptions, we seem to only be capable of using money in ways that are detrimental to us as a people. This is not a situation unique to Nigeria.

You’ve heard this all before. I know I’m preaching to the choir. Still, I remind you, because #EndSARS has encompassed all of these inhumanities under which we have suffered as Nigerians. Nigerians “suffer and smile” as the old saying goes.

We’re not smiling right now. This is a pivotal moment in history, in a way that few of us appreciate, and I struggle to find the words to help you appreciate it.

Protests in Nigeria are a very serious matter, and are accompanied by risk to life and limb in ways that are difficult to appreciate in other countries. Live bullets substitute for tear gas. This inhumanity is a relic of a colonial system we inherited that brutally repressed opposition.

But for my brothers and sisters, out there on the streets, risking your lives, and fighting for a better future, I have some sobering words for you.

This is going to be hard. If you truly mean this to be more than a come-and-go hashtag, and wish to see this through, it’s going to get a lot more brutal. You’re going to lose friends and loved ones, and maybe that’s not a big change because we’ve already been losing them for years to kidnappers, armed robbers, car accidents on bad roads, and preventable deaths at hospitals. We all know what we’re up against. Decades of entrenched powers and interests will not move unless they are made to.

The sobering truth is that, without leaders, without money, and without organization, we will fail. This movement could only be about Ending SARS, or it could be more. We leave that up to those of you on the ground. Young Nigerians like me living abroad will follow your lead and fall behind you in support.

Without willing to be even a little bit threatening, you will fail. The truth is, you’ll need to be more than that, and you’ll need to do this under the scrutiny of quite a lot of very comfortable people that don’t want change, telling you how to bring about change.

The truth is, I don’t think you’re ready. Not yet. The pot hasn’t even started boiling. Truth be told, I’m not ready, and I’ve been preparing in my own way for the last five years of my life. But whoever gets ready first, we’ll help the others catch up, and learn fast.

Nigeria needs a political movement led by the youth, equivalent to the EFF led by Julius Malema in South Africa. Malema is only 39 years old today. He’s only 5 years older than me. He could be my big brother. He founded the EFF when he was 32. EFF ran for election in 2020 and lost, but they gained parliamentary seats, and they made progress. He could be the next President of South Africa by 2024. So you see, this race is not a sprint, it’s a marathon. The average age in Nigeria is 18 years; the average age in the US is 38 years. Our country can be yours if you have the discipline. But history has taught us that young people don’t have the money, the discipline, or the focus to even vote in large enough numbers to sway elections. Ask Bernie Sanders if you don’t believe me. So you’re going to have to do something about that. You’re going to have to become more than what you are now.

If you want to seize this moment, you must use it to get ready. Task number one is the liberation of your minds. Seun Kuti said, “If the pillars of oppression are still standing in your brain, you cannot go outside and fight any fight and win.” You can’t ask for change if you don’t know what change you want, and you can’t know what you want unless you know who you are. The current Nigerian administration was elected under a campaign of “change.” Is this the change that you meant?

Again, I reiterate, none of this is as sexy as a protest, but without liberated minds, we will continue to make the same mistakes as previous generations. You cannot dance, sing, and pray your way into the change you seek. It’s going to take work and pain.

If you want to get ready, if you’re willing to go through the work and the pain, then Decolonizing Identity Part 1 and Part 2 by Onyeka Nubia on Youtube is a great place to start. It’s something to organize your thoughts, and something to give you “conscious exercise” when you’re not at a protest.

Next, I recommend you read The Destruction of Black Civilization by Chancellor Williams. Finally, read The Falsification of Afrikan Consciousness by Amos Wilson.

I know you won’t all do this, but a few of you might. If you do, you’ll be halfway ready.